A company can feel the backlash of a crisis on social media long after the drama dissipates. All it takes is someone writing something negative and the post can get a massive number of shares within minutes. Hence, knowing the essentials of social media crisis management is crucial for any organization that wants to hold its own.

Below, we’ll discuss 3 practical examples of how other companies have chosen to tackle the matter and outline the key takeaways of their approach:

1. The Gucci Sweater With Questionable Design

The people at Gucci are no strangers to feeling the heat any time a design doesn’t turn out as intended. A textbook example of this is the so-called ‘blackface’ design of a black sweater. Mind that the drama did not start following the launch of the item; rather, it came months later. Nevertheless, it was quite severe. In fact, people posted across every social media channel to share their thoughts. And it’s not good for business.

Gucci was quick to act in response. To prevent their brand from taking any further damage, they proceeded to remove the sweater from the store shelves, followed by an apology posted on their official Twitter account. In it, they marked the event as a “powerful learning moment”. In the eyes of their customers, this came across as an act of respect and humility.

But that’s not the end of the story. Once the dust had finally settled, the company portrayed itself in a more than positive light by announcing plans to launch global scholarship platforms all across the globe.

Everyone remembers how Duke University’s Zion Williamson sustained a knee injury due to a Nike shoe falling apart mid-game. And to make matters worse, this unfortunate event took place in the early moments of a highly-anticipated match that was broadcasted on national tv.

It goes without saying that every social media channel exploded, and everyone found out about it. This time around, people were respectful and wished Zion a swift recovery. Nonetheless, the fact that it was a shoe made by Nike was strapped onto it either way. And it goes to show that people’s trust in the brand took a hit shortly thereafter – the company’s stock sank by 1.8% the very next day.

Nike took the proactive approach by sending the best wishes to Williamson in its official statement. At the same time, the company representatives attempted to alleviate people’s concerns by stating they are working to identify the issue.

And so they did. A day after the incident, Nike dispatched a team of investigators to the stadium where the game took place. Later, the team visited Nike’s factory in China. Reportedly, they came back with numerous suggestions that the company used to craft a special pair of shoes for Williamson. He thanked them for the kind gesture, and the issue was resolved.

As you can see, swift movement is key, and so is being thoughtful. By designing a new pair of shoes just for him, the company demonstrated its ongoing commitment to improvement.

In 2019, SZA, the hit singer, tweeted on social media how one of the Sephora employees accused her of attempting to steal from the store and called security to prevent the alleged shoplifting attempt. Being the star that she is, a whole crew of loyal fans jumped in to defend her.

Sandy – the employee who made the premature move – was not so lucky. Several remarks were being thrown her way, with some being as mild as to mark her as “disrespectful”, while others accused her of committing the ungraceful act of racial profiling.

The company officials tweeted the apology directly to SZA and thanked her for bringing the matter to their attention. They assured her that complaints such as these were to be addressed immediately and that they are already working on resolving the issue.

About a month following the incident, an announcement went live on Sephora’s official profile that announced its stores would be closing for one hour’s worth of centralized diversity training. While it wasn’t explicitly stated this was in any way related to the incident itself, the move came across as an example of proactive crisis management.

Once again, the lesson is clear: when the time comes, don’t shy away from using social media to address your customers’ concerns. At the end of the day, people want to feel heard. Being ready to discuss an issue like this signals the humanity of your brand and tells the world that you’re always willing and ready to learn and improve things as needed.

A company should take a proactive approach to resolve matters such as these and have a strategy when the time comes to respond. At the same time, it’s important to keep in the loop about what’s going on on social media in the first place so you’ll be the first to know.

What Are the Most Effective Digital Marketing Strategies? 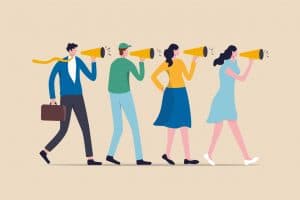 Internal Marketing and How It Can Boost A Brand 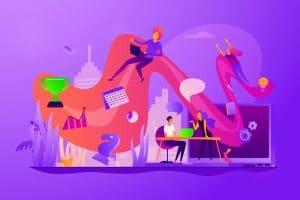 Brand Salience: Why It’s Crucial For Your Company

Read More
July 20, 2021
Give your brand the
proper throne
Contact us